Can Alkaline Water Help With Hair Loss?   As alluring as it sounds, the answer is no, says Stanley Goldfarb, MD, hydration expert and professor at the Hospital of the University of Pennsylvania. “If you drink a lot of alkaline water, all you’re going to do is pee out a huge amount of alkaline material. There really is no rationale for this,” Goldfarb explains. Yes, maintaining the right pH balance is important, but your body does that on its own — no fancy water required. 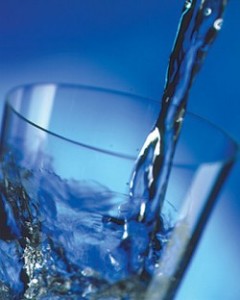 “What people need to appreciate is that the body is designed to maintain its equilibrium in the face of whatever you take in,” Goldfarb explains. “We are designed to maintain the pH of our bodies in an extraordinarily specific range. We have so many defense mechanisms to prevent an accumulation of alkaline that drinking alkaline water will have little effect.”

Be Proactive with your hair loss

As for claims that alkaline water can hydrate better than normal water, delivering vitamins and minerals to your body more rapidly and efficiently — those just don’t hold up. There are no studies that prove that drinking alkaline water is any more hydrating than your average tap, filtered, or bottled water, and any claims that it does so fly in the face of hydration research, says Goldfarb. “When it comes to… whether you’re taking in acid or alkaline, it really makes no difference,” he says.

But as much as alkaline water’s benefits have likely been overblown, so too have any potential side effects. Some warn against drinking too much alkaline water, for fear that it could lead to alkalosis — when your body’s pH level is too high, causing confusion, headaches, vomiting and more. According to Goldfarb, there’s very little chance that drinking alkaline water, even if you’re drinking it exclusively, could lead to any internal issues. “It’s not to say that you can’t overwhelm your system, but it’s rare.” That said, says Goldfarb, “if you have a disease, the answer changes, so I’m hesitant to say oh, no, drink what you want, [but in general] it won’t make a difference.”

As for whether water that’s naturally alkaline is any better than water that’s artificially alkalized, Goldfarb doesn’t see the evidence. “There’s no difference between natural and unnatural alkaline—it really doesn’t matter.”

There are some situations where the pH level of the water you consume does impact your health, Goldfarb explains. “For example, [for] some people who have kidney disease, their bodies cannot rid themselves of acid as quickly as others. If you’re prone to kidney stones, then acidity might be a problem.” A study did suggest that drinking water with a pH of 8.8 (which is more alkaline) can help relieve symptoms of acid reflux, when it’s done as part of a doctor-approved treatment plan. Those exceptions aside, swilling alkaline water won’t make much of a difference.

If you love the taste of a certain water and have some extra money to blow, spending it on pricey aqua isn’t the worst thing you could do. Just turn a wary eye to health claims and don’t expect any magic.